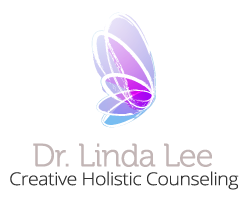 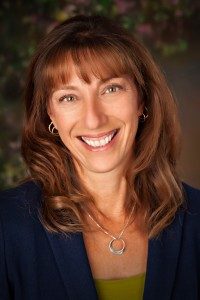 Change is not always easy, especially when it comes to food. My early attempts at adopting a vegetarian lifestyle were frustrated in various ways. One of them was figuring out how to share food with friends. Dining out with friends was now a problem. No one, it seemed, knew what to do with me in terms of cooking. Would they pretend to forget my non-meat-eating status when they ordered pepperoni pizza? Should they feign ignorance when I ask about pork fat in the pea soup? Would I really be able to tell it was meat sauce if they took the meatballs out before serving it? I got quite good at ordering linguini with olive oil and garlic…and then pretending to savor it, while watching everyone else eat their meat sauce and tender veal parmesan.

Fortunately, my friendships and I survived these quandaries, and in fact, I’m no longer an embarrassment to fellow diners when I ask the waitress if the soup du’jour was made with a beef or vegetable stock. In fact, it’s now sort of chic to be inquisitive about what you’re eating. A person may now quite politely ask how a fish was raised and caught and from which body of water, as well as what kind of food a chicken was fed, and how free did she roam while laying her eggs. And, by the way, were those beans for my coffee fairly traded, are they organic, and, do you happen to serve soy creamer?

I should probably tell you at this point that the long-term choice to be vegetarian was entirely pragmatic, and I went kicking and screaming. Originally, when I was eighteen, I thought being vegetarian would be a neat philosophical diversion. But now, it has less to do with ethics, ideals, or beliefs, and more to do with my health. For me, the choice to maintain this lifestyle has been solely due to being graced with a delicate and finicky digestive system. Maybe you’ve had to make dietary changes for your own health reasons.

Since I’ve spent some time re-inventing favorite recipes, I’d love to share this amazing version of spaghetti sauce. It is so delicious that a carnivore will never miss the meat. This recipe single-handedly brought me back to Italian cooking. I love to serve it over fresh pasta (a wonderful three-ingredient version can be found at Safeway), or ladled over grilled eggplant and topped with vegan mozzarella.

This recipe was discovered while waiting in a doctor’s office – I have no idea which magazine it came from, but a big Thank You goes out to whoever created this remarkable sauce! The sweet aroma of garlic will have everyone hanging ‘round the kitchen till dinner is finally served.

or 1 medium eggplant, sliced ¼ inch thick on the diagonal, brushed with oil and grilled till seared lines appear

Place tomatoes cut-side-up in a foil-lined pan sprayed with cooking spray or lightly brushed with oil.

Mix all the herbs and spices into 1/4-cup oil. Spoon seasoned oil over tomatoes, and then drizzle tomatoes with 2 additional Tablespoons of olive oil.

Coarsely mash half the tomatoes with remaining oil and toss with pasta. Add remaining tomatoes. Sprinkle with vegan or regular Parmesan cheese and more crushed red pepper if desired.

If serving sauce over grilled eggplant, layer eggplant in a 9 x 13 baking dish, alternating layers of sauce and cheese of choice. I often use veggie mozzarella with great results, and use that as the top layer. Bake in same 400-degree oven for 20 minutes or so, till browned and bubbly on top. MMM- Good!

Throughout history, we find evidence of the use of essential oils. #essentialoils From ancient Egypt, to India, China, and more, essential oils have been used for aromatherapy,

Change is not always easy, especially when it comes to food. My early attempts at adopting a vegetarian lifestyle were frustrated in various ways. One

A Return to Roots